Skip to content
No Comments on Are Daily Deal Sites Worth It?Business adminJuly 21, 2018

It seems like a great idea: Daily deal sites offer customers heavily discounted goods and services to get them in the door of local businesses, and business owners get a boost in sales and—hopefully—grow their customer base. But while the Daily Deal has exploded in recent years (according to Daily Deal Media the industry attracted over $1.6 billion in business capital investment this year), some small business owners are skeptical. As reports of both displeased customers and businesses surface, the real question for small business owners is simply: Are daily deal sites worth it?

As the daily deal industry grows, small business owners are wondering whether or not to hop on the bandwagon. Almost as quickly as daily deal sites popped up, a wave of criticism arose as well—a New York Times article even compared it to the subprime mortgage industry. But like most things, daily deal sites offer both pros and cons to the local businesses they recruit. 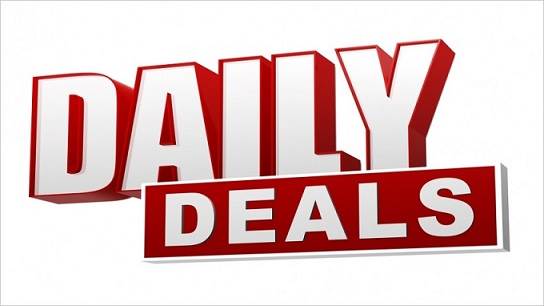 Any business owner will tell you: Some business is better than no business. Especially in this down economy, businesses are eager to generate any sales they can. This is what makes daily deal sites attractive. By encouraging consumers to buy an initial discounted deal, you get more consumers in the door—and build your clientele base. Ideally, you get a small bump in sales that will translate to larger, long-term sales from repeat customers, something every small business lusts for. In addition to sales and face-to-face interaction, the best feature of daily deal sites is the exposure you get. Though a consumer might not pounce on your current coupon, when they are in need of your good or service, you’ll come to mind. Daily deal sites offer all this, with relatively minimal effort on the business owner’s part.

However, though the daily deal site has plenty of potential to benefit small business owners, some major concerns have arisen. To start, the website you offer your deal on takes a significant cut of your already reduced profit (Groupon takes 50 percent). Additionally, some sites have non-compete clauses preventing you from working with any other daily deal sites for some time, narrowing the pool of customers you can reach.

The on-paper goal of the daily deal is to generate repeat customers. However, as consumers become used to these cut-rate deals, many have noticed deal-buyers tend to chase the deals and not maintain loyalty to the local businesses. Worse, as Chicago-based entrepreneur Romi Patel detailed for CNN, the type of demanding customers these deals attract can actually cost you more in wasted goods, time, and energy. Because of this, many have observed that daily deal sites work better for businesses providing services than products, as your loss-cost is reduced. Yet even that can cause problems, as deal-buyers expect their coupon to be available to them when they want. Services that require appointments or deals for actual goods can turn sour for small businesses unprepared for the influx.

And though the biggest advantage of daily deal sites is the exposure they offer, even that can be hit or miss. A recent study by researchers at Boston University and Harvard University noted social media reputations of businesses can be hurt by daily deals. Though a flurry of social media buzz follows a deal, it is not always good. The study found the amount of Yelp reviews increased, but they also decreased a business’s overall score by 0.12 percent after a deal.

Ultimately, daily deal sites still remain a popular way to attract more business. If you’re considering participating, you must ask yourself what your intention is. Are you looking for word-of-mouth exposure or hard numbers? Daily deal sites still need to improve to keep both consumer and merchants happy, and it’s likely that they eventually will to stay relevant. But in the meantime, it’s up to the individual business owner to decide whether or not to participate.

Are Daily Deal Sites Worth It?