Skip to content
No Comments on Startups in the US vs. EuropeBusiness adminNovember 27, 2017

Thinking about starting a business overseas? The current economic news might have some thinking twice, but the European market is complicated. Some countries are doing quite well, like Germany, but others are slipping in the economic scale. In America, so much is dependent on an inactive congress.

In this period of political and economic limbo, either location would be a valid choice. So let’s break down the pros and cons….

Costs
Costs for things like taxes and fees may be higher in Europe. Some states in the US, like Utah, have a low cost for businesses to incorporate. Business taxes vary by state, but it’s likely that the US has fewer taxes than Europe. Space rental is also higher on average in Europe than it can be in the United States, which has a much wider area.

Part of the trouble is residency, and Europe has a clear map to it. With Residency Permits foreigners can become permanent residents if a venture becomes successful. Entering the American market is getting more manageable, but the path to citizenship is still up for debate.

The EU has certain requirements business professionals must also satisfy. For instance, the EU would like businesses to be able to operate within 3 working days, and have a single administrative body that can be held accountable when things go wrong. In America, according to the Small Business Administration, you’ll need a federal tax ID and an Employer Identification number, both of which are linked to your social security number. 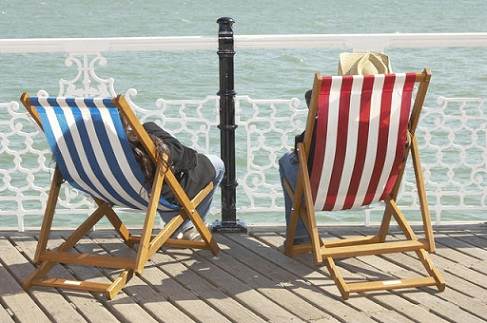 Overall, US businesses tend to face more competition for slices of a larger pie. In Europe, the markets are segmented and much smaller. There are more established names and fewer startups as a result, but the environment is ripe for disruption. In the US, big ideas conquer all.

Work/Life Balance
US is generally faster paced, but different European countries hold different standards. The fabled two hour lunches of Italy and Spain are gone, but Germans are notorious for being prompt to meetings and for work.

In the US, flex time and the ability to work from home keeps employees less concerned with actually being in the office during a set time. There are meetings and certain anchors, but the environment is a bit more flexible. This is not to say there is no schedule, Americans are punctual, but they are also more forgiving of circumstances. The trouble is that Americans are also workaholics and there is a definite temptation, especially with startups, to get sucked into working life.

Jack Dorsey, the co-founder of Twitter, is famous for working two 8 hour shifts in a day between Twitter and his other company “Square.”

Culture
Aristotle Haikias, Vice Chairman of the Board of Trustees at the National Hellenic Museum, points out that a connection to culture is crucial to a civilized society. Haikias says, “humanities continue to be lost with the advent of the Internet and the fast-paced modern world. Understanding ancient cultures will have a profound effect on providing some of our deepest connections to the human race.” With that in mind, there is so much history in Europe, and a lot to see and do. Especially for foreigners looking to come in. American cities are much more modernized, but pockets of the country still have a deep sense of culture and history.

In America, the employees and the people tend to drift in and out of your business venture, and your life. In Europe employees are more likely to stay with a company and seek lifetime employment. That difference drives a culture of long-term growth vs. short term gain.

Ultimately the decision on where to start your business is usually based on where you live. It may be easier to start a business in the US, but you’ll need to work a lot harder. There is a definite emphasis on making profits faster in America, but Europe’s history and customs create a rich environment. If you are choosing between starting a company in the US or Europe, it’s certainly not a cut and dry decision.

Startups in the US vs. Europe