The first place that any Twitter user must start if they want to increase their influence is their reach. Generally, people build their reach by following a ton of people and hoping they’ll follow them back. While this method, known as churn, can be somewhat effective, it’s far from the best way to go about building your network.

Building a strong Twitter reach starts with the people you know. Your current customers and contacts are the most likely to want to follow you. Sometimes, it simply takes asking.

Through all available channels, ask them to follow you. Use your Facebook pages, email database, CRM, and even your physical location if you have one to encourage these people to follow you. Do not use the standard “Follow us on Twitter” message. It’s so beaten into us that we no longer notice it.

Give people a reason.

Notice that we didn’t ask anyone to “follow us on Twitter” in these particular messages. People who use Twitter know what to do. We want to show them that there is a valid reason that applies to them so that they have a desire to add your stream. 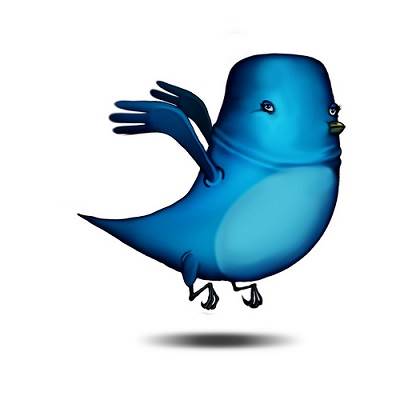 On your website, you can “bribe” people to follow you. This sounds worse than it is. By bribing them, you are offering something tangible in exchange for them following you. Some would say that this method is not a way to get good follows. Some would be wrong. If they are willing to jump through the hoop of following your Twitter account in exchange for something, they were obviously interested in your business in some way (otherwise, they wouldn’t be on your site).

For example, you can say, “Receive a DM with a link to our latest case study! Follow us @yourusername. We’ll follow you back and DM you the link.”

Quality in your reach can most easily be achieved by getting followed by people who are active on Twitter. The term “DM” is very Twitteresque. It’s subtle, but by using that term rather than saying “Direct Message,” you’ll be letting them know that you know something they know. As odd as it sounds, the psychology there is that it will make you appear to be a Twitter pro.

People often confuse Reach and Network. Your reach is everyone connected to you. Your network is the quality of the people connecting and interacting with you, which can be larger or smaller than your actual reach.

Think of it like this: you can reach X-number of people by getting them to follow you, but your network can expand to the people not directly connected to you, but who are connected to people that you influence.

It can be very confusing understanding how it works, but the techniques to improving your network are simple.

Involving influencers in your tweets is the easiest method. For example, you could Tweet a short quote from Guy Kawasaki’s new book and mention his Twitter account in the quote. If he replies with a thank you message, you are now part of his network and are thus influencing your own network by association.

Another popular method is talking to large companies who are active on Twitter. It’s a “cheap” method but it works. By talking to them and getting them to talk to you in return, you’re able to embrace their reach into your network, again simply by association.

These techniques may be discouraging as they require you to get your accounts interacting with other accounts of influence, but influence is something that requires more than just what you’re saying. Who you’re saying it to (and what they’re saying back to you) is a measure of influence that helps you expand your network.

On Twitter, there are two components used in grading one’s amplification: retweets and mentions.

Retweets are often the most challenging to get as they require you to be both interesting and connected. It’s challenging to get retweets if your reach or network are low. It’s not impossible, though. In many cases, you just have to work on the quality of what you’re saying.

It’s easier said than done, but you must be profound to maximize your retweets. This isn’t the time to talk about the weather. Making interesting (and often funny) observations on topics of interest can help.

Look at Skittles. Even with a modest number of followers, they are able to get nearly everything they say retweeted.

Not all of us can be that funny, so sometimes we have to rely on being interesting. One popular method to expose your interesting tweets is by using popular hashtags. Don’t just jump on the spammer bandwagon and start popping trending hashtags into everything you tweet. Be selective. Attach hashtags to your tweets surrounding topics that people have an interest in.

It can’t be said enough: no technique can save you if your tweets suck. Don’t say things for the sake of saying them. Say something. Empty tweets will not be retweeted.

One way to do it is to ask questions. Twitter is a realm of “me, me, and me.” People talk about themselves a lot on Twitter. Give them a reason to continue doing so.

One final thought for bloggers: if your blog is automatically retweeted by a lot of people, use it. This is a “hack” but because so many quality blogs get put on automatic RSS retweet feeds, pop @yourusername in there every now and then.

Influence on social media is really an artificial indication. Real influence is something that people achieve in real life through extraordinary actions or circumstances. On social media, influence can be manufactured. It may not be pretty, but it’s effective and is becoming a self-imposed requirement for branding, customer relations and marketing.