Our social media friends can have just as much (or more) of an impact on our lives, attitudes and behaviors as anyone in the real world. And, let’s be honest, sometimes it’s not all rosebuds and picnics in the park. There’s some negative ones, creepy ones, and faceless ones (#10). Here’s 10 peeps you need to remove from your Facebook feed ASAP… or, any social feed for that matter. You’ll thank me later.

10 People You Need To Remove From Your Facebook Feed

You know this guy/gal. They have their platform what seems like almost daily. And, it’s their way or the highway. They want to fill your feed with political movements, outrageous government decisions, and saving the whales. They’re also likely to send you mass Facebook messenger chain letters to get you to sign a petition, show up for a riot, or socially trash a political candidate they want taken down. It’s nice that they’re passionate but they gotta take it down a notch, seriously. 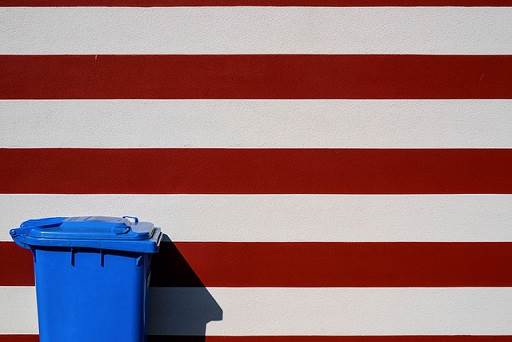 Everything offends them. They love to post about how offended they are. Other posts offend them. Their daily live revolves around being offended and that’s all posted too. And, if you make a comment on it, they’re probably also offended by that. Eggshells is their middle name. Basically you can’t post much around them or they comment on the offensive nature. Or, they’ll shoot you a message and rant about your offensiveness. I’m offended just thinking about it.

This one just won’t stop. They literally seem to have a 24/7 connection eyes to screen. It doesn’t seem to matter what you post, they are the first to comment and it’s typically within the first 88 seconds.  They comment on everything every single time. And if you have mutual friends you see all their comments on their feeds too. They just won’t go away.

This kiddo follows everything and knows more about you than you probably know about yourself. For some bizarre psychological reason they think that every post is about them. Are they tagged in it? No. Photo of them? Nope. Name referenced? Nope again. Why? Because your posts have zero to do with them and weren’t even inspired by them. But, they’ll shoot you a message wondering why you hate them after you post that you don’t eat sushi. Connection? No again.

This one is the Super Sensitive Stalker times 10. They think the world revolves around them. It’s like a Kardashian. If you post that you don’t like cats they will rip you a new asshole because they have a cat and now you’re evil because you must be talking about their cat. You’re now insulting all cats of the world. You must be stopped.

Boo-hoooooo. Everything sucks. This person could take eating ice cream on a yacht topless in the Mediterranean surrounded by Brazilian models and mounds of gold coins and turn it into something depressing. So what if it’s a good day? Tomorrow you have to go back to work and work sucks. Who cares if it’s sunny? Winter is coming in 4 months and it sucks. You had a baby? Great the kid will probably hate you in 12 years.

OMG could their life be any more perfect? This person feed almost brings out the Debbie Downer in you. It seems their whole life is exotic vacations, new Louboutins, dining at the finest restaurants, and it seems like zero work is needed. They’re gorgeous and so is their family. Everything is name brand and it gets nauseating. How is their life that effing perfect??? It’s not. They just only post the good stuff. And, probably “filter” it to look even better.  They won’t post updates on the knock down drag out fight they had with their spouse the night before in which they ended up sleeping in the driveway covered in Vodka. They also won’t mention their real “fat days.” They’ll post their skinny days and call them their “fat days.” You know exactly what I mean.

Honestly, it’s not worth it. You may have a select few that are safe. But, by in large, I’ve found more arguments and family divides can result over social media posts than anything in-person.  This is especially true when you’re dealing with diverse generations where one is much more open than the other (i.e. Gen Y vs. Boomers).

Sometimes this one even is a relative. This dude is always peddlin’ something. They have crappy post etiquette and will post a link on one of your posts that has nothing to do with the post to promote their new cell phones and wifi they’re selling. You’re not looking to buy a house but they’ll be sure to reach out often to try to sell you one.  Typically what they are selling is a complete bunch of nonsense. #pyramidscheme

10: The No Picture Person

Anyone who has NO profile picture and no pictures on their profile anywhere that are of them. They’ll have celebs, weird drawings of who knows what, dogs, flowers, romantic beaches, and the snake they saw dead on the road. But them? Nope. No idea what they look like. If you know them in person it’s just as weird though. What are they hiding? Something is up.

What types do you remove from your feed? Any pet peeves? Comment below!

10 People You Need To Remove From Your Facebook Feed