Skip to content
No Comments on The race to recruit when Start a BusinessBusiness adminJanuary 3, 2018

Times have been hard. Ever since the financial crash and the ensuing recession, many companies have been struggling to turn the same profits and enjoy the same commercial success as they may have done before. However, the tide is turning, with many starting to see light at the end of the downturn tunnel.

This is evidenced by the fact that many firms now feel in a position to expand their workforces.

People are recruiting
Back in April, the Recruitment & Employment Confederation’s (REC’s) monthly JobsOutlook survey of 600 employers reported that recruitment was looking good, with almost two-thirds of respondents claiming they planned to boost their workforces over the subsequent three months.

Fast forward to May and that figure had increased four per cent, revealing an upturn in the number of firms looking to take on new staff. As REC chief executive Kevin Green commented at the time: “Employer confidence does seem to be on the rise.”

Another four weeks on in June and Mr Green confirmed that 400,000 more people are now in jobs than this time a year ago, illustrating that while it has been – and continues to be – a struggle recovering from the recession, recruitment is happening. People are taking on staff.

Nevertheless, results from the organization also showed that the availability of candidates to fill permanent job vacancies in May in fact declined ever so slightly – evidence of the skills shortage splashed across the media at the moment. 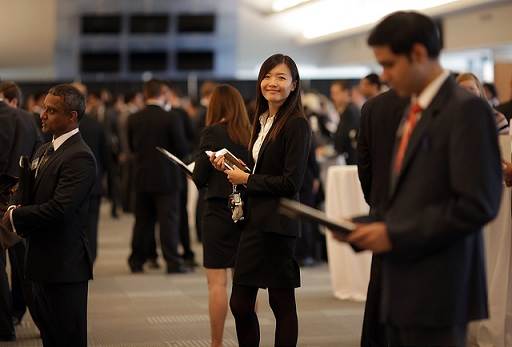 According to the figures, there seems to be an increasing lack of people with all of the necessary credentials for certain professions.

How to stay ahead
The CBI/Pearson Education and Skills survey published recently revealed that businesses fear the skills shortage will hamper growth, as they are unable to get their hands on the candidates they seek.

It goes without saying that in order to stay ahead, therefore, companies need to ensure that they are securing the skilled candidates that are out there – and, moreover, that those skilled applicants are not taking up positions in rival firms.

Not only is recruiting important in order to keep a workforce fresh, motivated and at the top of its game, but for an industry like sales where a delicate balance of personal and professional attributes is absolutely paramount, companies need to make sure they are getting their hands on the right candidates – the number of which the figures would suggest could be dwindling.

Mr Green recently confirmed: “Employers are struggling to find the skilled candidates they need in sales, marketing and business development to prepare for the upturn in the UK economy, while the majority of the unemployed do not have the skills for the jobs that are available.”

Using an agency like Aaron Wallis to recruit sales staff could be the solution for firms who find they are struggling to seek out the right individuals to fill vacancies, but who do not want to find themselves falling behind rivals in the so-called race for recruitment.

Such an agency will take care of the process by, for example, formulating bespoke interview questions, carrying out psychometric profiling of candidates and consolidating the online presence of a firm in terms of advertising the position appropriately – all of which will help to entice the right candidates.

The race to recruit when Start a Business