Skip to content
No Comments on Be Cool. Don’t Be All Uncool.General adminSeptember 12, 2018

If you understood this post title, then you’re already ahead of the game. (Thanks for the inspiration, Countess!)  The sad reality is, most companies still are very, very uncool. And, it’s not necessarily because they’re clueless about coolness. The coolness I’m talking about has nothing to do with sports cars, overpriced sushi, diamond encrusted medallions or the hottest lunch table to sit at. The coolness I’m talking about revolves around human psychology and human performance in the workplace. The “what”, “how” and most importantly the “why” of everything we do.

Uncool companies are a ticking time bomb. Typically it’s because of the in-bred stubbornness to do “what we’ve always done” while violently shoving the new norms out the back door. They are wrought with turnover and insanely low productivity levels. The managers in uncool companies are exhausted. They moan and groan to everyone that will listen for 3 minutes about how horribly unmotivated their staff is… unlike they ever were when they had to walk 5 miles uphill in the snow both ways to earn their lunch money. We know. We get it. #brokenrecord

Only those leaders and company executives that are truly humble, analytical and courageous can dive into the deep waters of coolness (sounds relaxing, eh?) and come out on the other side with a truly transformational, butt-kicking brand. Here’s the major areas that differentiate cool vs. uncool companies. 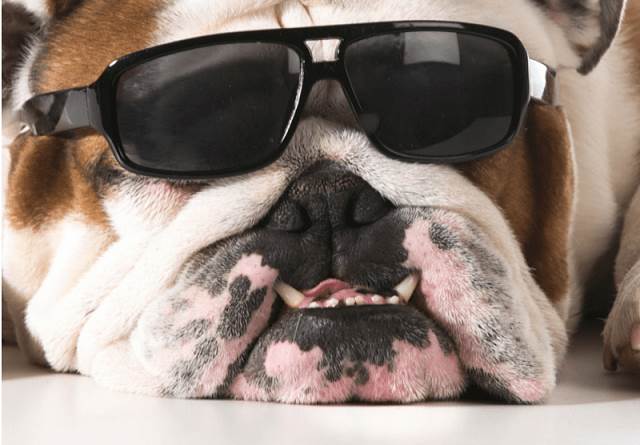 Remember when “Casual Fridays” were all the rage? This started shortly after women were allowed to <GASP> wear pants. Then society went totally off the rails with the ability to be casual one day a week. And, by casual, we all know that meant a conservative sweater, perhaps a peep toe heel (don’t show all the toes!!!)  and if you really pushed the envelope, some sort of denim pants (just nothing in the “skinny jean” family).

Dress codes have always been a hot topic. As more and more cool companies tear up the dress code and allow employees to wear what they want, they are seeing the results. One of the major results of this? Increased productivity. Seem crazy? It’s actually quite simple. Think about a time when you were most productive, especially if it was at an administrative task. Were you sitting upright in a pinstripe suit, with perfectly polished pumps and the perfect blow out? Nope. You were probably in sweat pants (or any other sort of pants, which would be unbuttoned), cross-legged with no shoes on.

I can hear you now… gasping at how horrible the world will be with all these people running around in sweatpants on Wall St. Calm down. That’s not the reality either. The reality is that when you hire adults with good character and let them decide how they want to dress, they will rise to the occasion. We know when it would be best to wear a suit. We know when we had administrative crap to get done so we could wear the flip-flops. We know how to decide what’s ideal and when. Cool companies ditch the dress codes.

Do You Have a Card?

What do you do? What’s your job title? How many words are in your job title so I know how important you are? Cool companies ditch the job titles. It’s impossible to have a flat, collaborative environment when job titles are flirting with everyone’s psyche. Job titles make us take sides and breed bureaucracy. We’re taught that managers are better than front line. Directors are better than managers. VP’s are better than them. And anyone with “Executive” before all the other words in their title is basically a direct descendant of the Great and Powerful Wizard of Oz.

The reality is that we aren’t defined by our job titles. And, even job descriptions now mean nothing. Heck, in a role I had as an “Executive” I spent the majority of my day plunging human waste out of the restrooms after the repeat plumbing issues. Yet, no where in my title or job description was any custodial work.

In today’s collaboration based workplace there’s too much emphasis on titles and hierarchy. It doesn’t take a rocket scientist to realize that just adds more barriers to the world of collaboration. So, have your job titles but don’t focus on them. Don’t hold HR meetings the entire 3rd quarter of the year to create new titles for the 3 new roles you’re hiring. Time is better spent elsewhere. And, titles should be carefully crafted to bring people together not push them farther apart.

Ever have one of those bosses that sent those meeting requests for a Sunday Workshop, Saturday Meeting, After Hours Event, etc. Basically anything outside of your already committed to work schedule. Then, you’re faced with the awkward situation of cancelling your personal plans (your friends hardly remember what you look like anymore anyway), or having the respectful yet terrifying convo with your boss about your “personal time”. Those, by the way, never go over well.  If he/she already has a habit of scheduling things off hours without “thinking” then he/she doesn’t give a crap about your personal life.

Cool companies don’t do this. Cool companies not only understand the importance of work and play, but force you to have both. In fact, some of the most successful companies are ones that even have zero policies with vacation. When Richard Branson announced his employees had unlimited vacation time to take as they need, people were shocked. Who would show up to work? The truth is, nothing really changed aside from the fact that employees were now happier and that resulted in increased productivity. Another win. The catch is that you have to make sure your work is done. But, if you get all your work done by Thursday and could take Friday off, would you? Absolutely! Then you come back to work feeling appreciated and rested on Monday. Otherwise, you would have sat there on Friday playing online games, watching the clock tick by and thinking about what you’ll do when you win the lottery. And, if you think that’s not something that goes on in your business, think again. That’s about 90% of your staff on any given day in an “uncool company” so don’t kid yourself. And no, creating a “no online game playing” policy won’t fix it anymore than making drugs illegal stopped the use of them.

Remember the movie “Horrible Bosses”? The classic first scene…ahhh gets me every time! If you didn’t see it, go watch it. If you did, then you know exactly where I’m going with this one.

Pay close attention… A time clock does not measure the quality of a person’s work or their productivity. It simply measures their physical presence. Did you get that? Notice I didn’t even say “mental presence”, just physical. If you’re insistent on having a time-clock driven workplace, remember that it’s simply just that. Sure, for some jobs (i.e. frontline) they may be more necessary. But, again, remember the almighty time clock isn’t an answer to your deeper quality and productivity issues. No, the day wasn’t ruined because Betty clocked in 3 minutes late or because Fred clocked out at 4:59.

Black or Red… Who Knows!

Surprisingly, very few companies communicate or include their employees with the financial related aspects of the company. But, keeping them informed is beneficial for many reasons. And, it’s not important just for people that are stockholders.  For employees to be fully engaged in their jobs and the companies they work for, they need to understand the financial performance and how their own personal performance feeds directly into that. That helps to develop accountability and understanding while also giving employees a sense of pride and ownership within their careers. It can also help to reduce stress and rumors in today’s volatile and unpredictable business world. After all, do you like operating in the dark?

When employees are pressured to work more or work under dictated schedules and processes, the opposite happens. When employees are given autonomy, they flourish. And the more educated and intelligent the person, the more autonomy they need.

You know what happens when you micromanage your staff? They burn out. And, they quit. Look around and see if that’s happening. Then, look in the mirror.

Most business places today are full of motivational posters plastered walls with quotes like “There is no I in team”, “People will forget what you said but they’ll never forget how you made them feel”, and “You miss 100% of the shots you never take”. Next to those framed masterpieces are things like the company’s core values, mission statements and corporate recycling statistics to impress you and your friends. And, what goes along with all these modern day magical office masterpieces? The open door policy. If you’re a manager, you’re told it’s “the policy”. If you’re an employee, you judge every single time the manager’s door is closed… ohhhhh is someone getting fired???? Is he having an affair??? Otherwise WHY IS THE DOOR CLOSED???

An open door policy is a sign of nothing but living in denial. It’s not empowering like you position it to be. It doesn’t mean you’re an open boss. And, it doesn’t mean employees aren’t living in total fear of you as a boss. Just because your door is open, does not mean you are approachable. An open door is often an ego based corporate practice that is misleading. It does not mean that presentation of ideas is welcome or that feedback won’t result in being completely shunned. In fact, the companies with the most “open” of the “open door policies” that I’ve worked for were ironically the most closed with the least approachable and least receptive bosses I’ve ever had. And yes, despite their open doors, their employees were always on eggshells.

The real issues can’t be fixed by a door. Most people do not actively listen. It’s much more passive. Also, the focus on physical aspects, like a door, detract from the real problems of a company. Most people and companies prefer to stick their heads in the sand and sit there comfortably as long as they can. (as long as the check clears)

Open doors and feel good posters don’t fix poor employee performance due to the constant stress of unresolved issues. They don’t fix the fearfulness to even mention problems to their managers, let alone have them be fixed. They don’t fix the loss of talented staff who reached a breaking point because no one would address the core issues.

Be Cool. Don’t Be All Uncool.