Skip to content
No Comments on Benefits of Being A Highly Sensitive PersonGeneral adminSeptember 12, 2018

Believe it or not, there’s a lot of benefits of being a highly sensitive person. A lot of people, especially women, struggle with being sensitive. I often hear a lot of frustration from others that feel that they let others affect them too much in a negative way. Ultimately, it boils down to a feeling of being let down. I’ve read statistics that 1 in 5 people are considered “overly sensitive.” Personally, I think it’s more than that and I think the term “overly sensitive” is annoying. Maybe that’s because I’m overly sensitive to it. 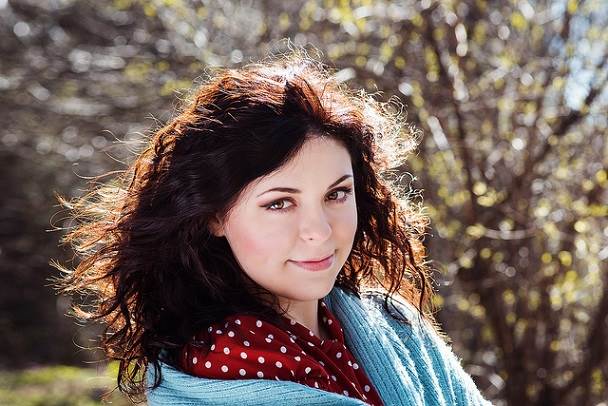 Crying is not a Weakness

This one blows my mind. The fact that society has painted crying as a weakness for so long is just silly and irresponsible. After all, crying is just a way to release emotions when you can’t find the words for them. We can cry when we’re say, angry, frustrated, or even really happy. I start crying when I laugh too much. Is that a weakness?

Crying as means to release anger and frustration is one of the healthiest things you can do. If you hold it in, it will come out eventually.  There’s no way around that.  In the extreme cases, we see in society how it comes out in the form of rage and even murder. I watched an episode of Dateline tonight where the teenager had so much pent up anger she stabbed her mother to death in her sleep. Hmm… perhaps crying would have been a better outlet? So, it’s upsetting that society paints it as a weakness or something to be embarrassed of. Being a crier is completely healthy. How many times have you cried and afterwards you felt so much better? Every single time.

The more we embrace and remove the shame of crying in both our personal and professional lives, the more balanced we will be. Have a good cry at the office when things boil over. It will lead to a huge release of frustration, more clarity, and less anxiety. No shame in that! And, it won’t land you in jail. #winwin

Highly sensitive people traditionally have been sought after to serve as royal advisers. They are a great balance to the impulsive, aggressive, warrior king types for obvious reasons. They have been known as “ritual leaders.” The ritual leader marks off and protects the space, prepares others to enter it, guides them while there, and helps them return to society with the right meaning for the experience. Pretty cool, huh?

Another one of the major benefits of being a highly sensitive person. Every team should have at least one sensitive Sally on it. Why? They are the mostdetailed and deep thinkers of anyone. They are incredibly valuable when it comes to analyzing. They may not be the best at making the final decision but they are the key to the process.

They Wrote the Book on Etiquette

Because highly sensitive people are more aware and conscientious they are much more considerate of others and tend to have much better manners. It can be frustrating to them when others aren’t the same. This trait enables sensitive people to make much better impressions on others which in the long run helps them in every relationship, especially in the work place. Nobody is better at influence than someone who’s highly tuned into their manners and conscientious of others. The only challenge they have is managing the frustration when others are the same. But, this is a gift that not everyone has. Those of us that do can bestow the wisdom… or just laugh it off. Either way, don’t let it get to you. Sometimes it’s tough giving Countess Luann a run for her money.

Because sensitive people feel so deeply they also develop connections with others on a much deeper level and ultimately have much more fulfilling relationships. Sensitive Sallies have a huge capacity to empathize with others, making them the friend everyone wants. They make excellent therapists, advisers and artists, just to name a few. Sensitive people will have relationships that go below the surface that non-sensitive people can’t even being to imagine. And, there’s truly nothing better than deep, interpersonal connections. It’s something we all seek whether we realize it or not. And, sensitive people are good at it. Really really good at it. It may not always be super fun to feel emotions so deeply. But, the bad times are worth it for the mind-blowing good times we sensitites (I just made that up as another word for sensitive people… you are welcome to steal it) are privy to.

No Faking It Here

Highly sensitive people cannot fake personality. They are authentic to a “T” by nature and there’s now way around that. They’re like cats when it comes to showing complete emotional honestly. Sincerity is one of their main traits and they are so incredibly open-hearted that they try to make others around them feel as comfortable and as good as possible. How selfless is that? In a world that has sooooooooooo many inauthentic, fake personalities these sensitive sallies stick out like a sore thumb. And, that’s a good thing. We make the world better and how wonderful is it that we don’t have to wait for anything to do so? People are drawn to us for the better and we have the innate abilities to help without even knowing it most of the time.

The next time someone tells you that, let them know that yes, you are and it’s a wonderful gift that you’re happy to share with the 80% of people that unfortunately aren’t (like the idiot that tells you this asinine too sensitive comment). Sensitive people usually become more enriched human beings and they are incredibly kind.

Don’t let the culture of the U.S. make you feel that you’re out of sync and not “normal” because of your sensitivity. Being “too sensitive” or “too emotional” are criticisms born out of the majority who we make uncomfortable (aka the fake ones!). Use your sensitivity to your advantage. You are more creative, aware, and sincere than the vast majority. Live strategically, reminding yourself of your incredible gifts and that you are in the minority which is the only reason the “too sensitive” cult of comments exists.  When it’s to their advantage, the majority loves your sensitive ways – i.e. empathy for them.

Benefits of Being A Highly Sensitive Person