Skip to content
No Comments on What Startups Can Learn From The Social NetworkBusiness adminJuly 15, 2018

The critics just can’t get enough of The Social Network, a movie about how Facebook was created. Rotten Tomatoes (where the movie currently holds a sparkling 97% rating) called it “one of the year’s best”, citing how true to life and realistically portrayed the film is. And startup founders have more to gain from watching this movie than anyone. Though filmed for a general audience, The Social Network sinks in a few dimensions deeper if you run a technology company of your own.

Here’s what startup founders can learn from watching it:

In his essay The Anatomy of Determination, venture capitalist Paul Graham says that determination (not raw talent or intelligence) is the biggest predictor of startup success. This runs contrary to what most of us intuitively believe, which is that the amazing achievers of the business world – people like Bill Gates and Steve Jobs – are simply “born” with something we are not. But in his experience with funding hundreds of startups, Graham quickly learned that determination beats brilliance.

The arc of The Social Network suggests that Graham is right. While Mark Zuckerberg is undeniably smarter than the average 26 year-old, he didn’t make Facebook what it is today by day-dreaming under trees in the Harvard courtyard. Scene after scene shows him tirelessly executing his latest ideas, convinced at all times that what he’s doing is the most important thing there is to do. 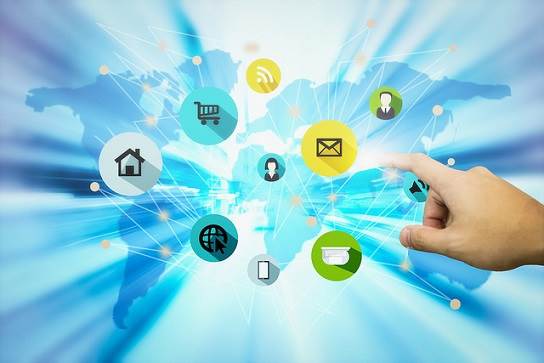 Don’t let the fact that Facebook now has 500 million members fool you. During the early days, the last thing Zuckerberg wanted was for “everyone” to join the site. As you’ll see in The Social Network, it was actually exclusivity (the requirement of having a .edu e-mail address) that made Facebook stand out from the MySpaces and Friendsters of 2003-2004. Had the site begun by targeting the entire world, nothing would have distinguished it at all.

Sadly, business owners often fear making their companies all about “too” specific of a person. They worry that if their sales copy or advertising speaks “too” passionately to any one group, it’ll alienate “everyone else.” But here’s the cold, hard truth: unless you run a grocery store, “everyone” is not your target market. So don’t worry about offending or alienating people who aren’t going to buy. Focus instead on how to absolutely delight the people who will.

Before Mark crossed paths with Sean Parker (the wayward and self-destructive co-founder of Napster), Facebook was a remarkably efficient operation. There was no office space (unless Zuckerberg’s dorm counts) and no paid staff, only a group of people working for equity, hopes and dreams. In fact, all it took to propel Facebook to its first 1,000 users and beyond – and get VC’s interested – was $19,000 from Zuckerberg’s best friend.

The lesson here is to forget about the Silicon Valley image of what you think a startup “should” look like: expensive office space, plush furniture, secretaries and anything else not devoted to getting more users or sales as quickly as possible. Never let “that sweet new loft” make it impossible to hire a programmer or buy a server.

One thing The Social Network makes clear is how hard Zuckerberg had to fight to keep Facebook “pure” in its infancy. Each time they added another 1,000 users, Zuckerberg’s partner (Eduardo Saverin) made a full-court press to start monetizing the users. Mark, though, knew better: if the website became too commercial too quickly, everything that made it so popular would wither away – and the users would leave. Advertising on Facebook, we heard, would be like telling the guests at a wild party to go home at 11PM.

In short, Mark had a vision for what Facebook was becoming. But having a vision is the easy part – what takes real courage and conviction is remaining true to it. This does not mean, of course, that you should inflexibly make something that nobody wants. By all means, adjust to consumer demand. But once you have a tested, realistic vision for your company or product, don’t change course because of fleeting temptations.

The Social Network also reminds founders how important it is to be skeptical of venture capitalists. Peter Ireland  quotes a 1992 Wall Street Journal article in which Barnaby Federer said:

“If you ask a VC what value they add, and you get them after a few drinks, they’ll say ‘We replace the CEO’, he said.” And that, he added, does not vary with the economic climate.

This is basically what happened at Facebook, where Eduardo Saverin abruptly saw his stock diluted to the point of worthlessness. In the business world, never assume that someone is out to help you. If you are not a proven industry all-star (which, bright as he was, Saverin was not) big-time players will often assume they can pull the wool over your eyes. Don’t let them.

What Startups Can Learn From The Social Network