Skip to content
No Comments on How Does Social Media Affect Self Esteem?General adminSeptember 5, 2018

Social media is a new and powerful technology that is changing the way we communicate with each other. But this new method of communication may have serious implications, both good and bad. While businesses have focused on the monetization of social media, and the media has focused on the blurred lines between personal and private information, a much less-publicized issue is how social media can affect an individual’s self esteem.

Social Media: Good or Bad For Self Esteem?

Though it is a new area of study, researchers are becoming more interested in how social media might affect an individual. Interestingly, the findings vary greatly. It does appear, however, that social media has different affects on different generations, and even different genders—with some decidedly negative findings.

For teens, social media is an enormously popular way to interact. However, it can be harmful in some ways. A University of Haifa study found the more time teen girls spend on Facebook, the more likely they are to develop an eating disorder, both due to the self-comparisons against their peers and exposure to pop culture. But both male and female teens may experience “Facebook depression” due to cyberbullying or feeling left out of larger social interactions, warns the American Academy of Pediatrics.

Some college students, on the other hand, may benefit from social media. A Cornell University study found that Facebook can have a positive influence on college students’ self esteem, though this may be because users can shape their “image” and social interactions on the platform tend to reflect that image. However, a University of Houston study found a correlation between those who frequently use Facebook and those who suffer from depression—notably, younger men tended to compare themselves to others, which added to their negative self esteem.

For adults, some experts suggest there is a tipping point for healthy social media engagement, not in regards to amount of time spent, but the amount of contacts a person has. According to psychologist Mudra India Mukesh, you should have no more than 354 friends on Facebook. The more contacts you have after that point, the more their achievements and life updates may make you feel inadequate. Mukesh points out that you get a flood of endorphins when you add new friends, but seeing their “happy” updates may cause you to feel depressed.

In addition, more and more attention is being paid to the personality types that engage in social media use. A York University study found those who have either narcissism or lower self esteem tend to engage in more Facebook activity. If you are one of those participants who already suffer from depression or a negative self image and are attempting to engage in social media to attempt to improve these issues, you may end up doing more damage to yourself. According to a study that appeared in Psychological Science, those with low self esteem and a negative world outlook may actually alienate themselves even further by posting negative content that annoys or exhausts their social media contacts.

However, those who do have a healthy self perception but are simply shy or have low social skills may feel more connectedness when using social media, according to a Carnegie Mellon study. 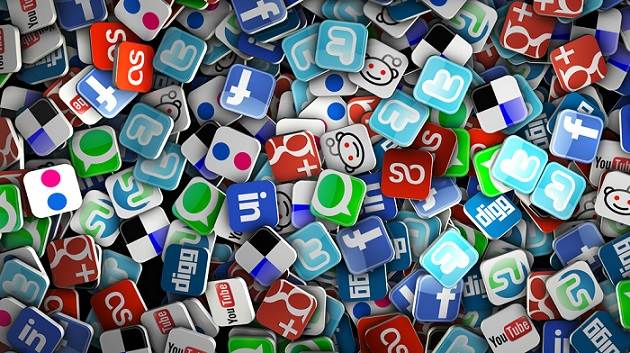 The Jury is Still Out

Though there is no definitive consensus on the benefit or harm of social media, there are certain behaviors that tend to trigger feelings of inadequacy, such as constantly comparing yourself to your contacts. Your best bet, experts agree, is to assess your own feelings when using social media. If you tend to feel envious or depressed, it may be best to limit your time on social media, and limit whose updates you see.

How Does Social Media Affect Self Esteem?